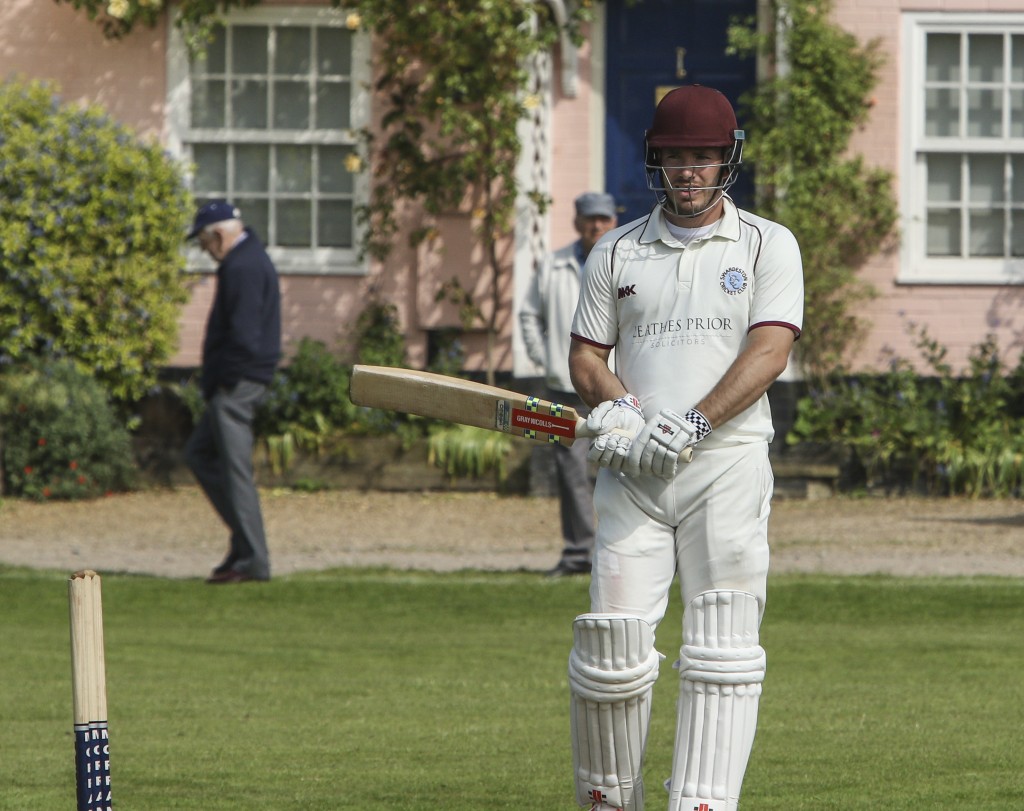 Q What is your most proud cricket achievement?

A. Playing in the champions league against the best domestic teams in the world

Q Following Twitter & @Normbygrave, we see you have a Nickname, where did this originate from and what is your view about it?
A. Dexter. Graysie thought I looked like the main character from the TV series Dexter. I don’t see it but the nickname has seemed to stuck

Q What is your taste in music, do you play an instrument and have you any singing talent!
A. Safe to say my musical talent is none existent. I even struggle playing the triangle. Can’t beat the oldies. The disco room on the night out is where I’d most likely be found

Q What surprised you most about Swardeston or Norfolk and what else is there to occupy yourself when not cricketing?
A. How wet it is… In all seriousness the people in Norfolk are very friendly and welcoming. When not cricketing or coaching I like to spend time with my family. Dinosaur Park is pretty cool!

Q What do you notice most about the difference in living here in Swardeston Norwich compared to the relative jet set life down in the south?
A. People in general are quiet, friendly and down to earth.

Q With a coaching cap on, what one tip would you pass on to our juniors?
A. Remember its only a game, it’s not life and death. Play without fear and play with a smile on your face.

One quote which I think about a lot and like to pass on to any sportsperson is:

‘Somewhere behind the athlete you’ve become, the hours of practice, the coaches who push you, the teammates who believe in you, and the fans that cheer you, there is a little boy who fell in love with the game and never looked back. Play for him.’

Q Did you know anything about the County of Norfolk before arriving here and have you picked up any of the local sayings yet, “Hold yew hard!”
A. To be honest, no. But I’m sure in time I will get to know some of the lingo.

Q. What differences have you witnessed between playing cricket in the EAPL compared with your previous experience?
A. In all the club cricket I have played, the EAPL seems the all around strongest standard. The club grounds as a collective are the nicest I have seen.

Q What other sports do you enjoy playing and would recommend to youngster to play and which may compliment their cricket?
A. I enjoy playing any sport, particularly golf (in the sun). I recommend playing as many different sports as you can, because at the end of the day an all round athlete would make a good modern day cricketer.

Q How did your love of cricket blossom and develop?
A. My love of the game started when I used to watch my Dad play for his local team and then in the back garden most summer nights. Watching my uncle play I also had a role model to look up to.

Q If you were not here playing cricket or any other sport, what else do you think you would doing?
A I would be an umpire. Not many games would last the distance with me in charge. A short game is a good game.

Q What is your favourite game on a gaming console?
A. Only one winner. FIFA

Q Which Hollywood actor would play you in a movie and why?
A. Ryan Reynolds in Van Wilder. If you have seen it you will know why.

Q In your opinion who is the funniest player at the club?
A. Stephen Gray all-round. He reminds me of Smithy from Gavin and Stacy.