The dinner was attended by 79 guests and was also marked by presentations to the young player of the year and the outstanding performance of the season award. Read separate report.

Chairman Stuart Bartram welcomed players and members and thanked guests from main club sponsors Leathes Prior for their support during another fine summer for the club.

Lewis said Peter had hit 1148 runs across the season hitting 11 fifties but unusually not one 100.

576 of those runs came in the East Anglian Premier League at an average of 33.88 but it was in the national competitions when Peter shone. He racked up 572 runs here with five fifties. His national top score came in the Royal London National Cub Championship semi-final clash with Ealing. Peter made an unbeaten 81 from 50 balls which took the game out of reach of Ealing.

In the Lord’s final he came up with another man-of-the-match performance hitting 60 from 37 balls against Nantwich.

His run in the Royal London had been incredible, particularly in the latter stages, with the following scores: Fakenham 29, Bourne 44, Chelmsford DNB, Finchley 7, Bexley 71, Ealing 81 no, Nantwich 60.

Toby Duncan picked up the John Bobbin Salver as 2nd XI player of the year. Skipper Ben Hogg told the dinner that Toby had begun the season in the 2nds but had deservedly finished the summer in the 1st XI.

Mature beyond his 16 years, said Ben, Toby claimed 17 wickets, often having to lead the attack in the midst of a seam bowling crisis. Once promoted to the 1st team he grabbed a further 15 wickets.

Bowler-turned-batsman Sam Thelwell was named as the  Swardeston CEYMS player of the year by captain Matt Hogg, winning the Bob Read Shield.  A serious back injury preventing him from bowling meant Sam was unable to take his place in the 2nd XI but he set about the 2019 summer determined to contribute as a batsman.

Captain Matt Hogg said Sam had been in terrific form given his circumstances and had made 395 runs, topping the runs scored in the team. Sam made one 50 and also struck his maiden ton, the 104 coming in the game against Brooke.

Anthony Raywood was named the Swardeston CEYMS player of the year, taking home the CEYMS Trophy.

Captain Cameron Clarke praised the performance of the team’s youngsters and said in a difficult season for consistent availability Anthony had emerged as one the most reliable members of the team, playing 17 games.

After returning to cricket following a long break Anthony had grown in stature as the season progressed.

Anthony made 410 league runs at an average of 27.00. His highest score of 80 came in the game against Old Catton.

Charlie Barber was named the Swardeston Sunday player of the year and winner of the Peter Thomas Trophy by captain Sam Thelwell. Sam said Charlie had taken the most wickets for the team, 16 from just 44 overs.

Hi best bowling of 4-12 came in the game against Great Melton.

In its third year, Beth Harmer was named the Women’s Player of the Year, following her success in 2017 and 2018. Beth received the Rosamond Thomas Trophy. Sadly both Beth and Ros were unable to attend the event.

Women’s manager Katie Treutler said Beth had been a leading performer throughout the summer and also had lead and captained the team very well.

Vice-captain Lewis Denmark presents Peter Lambert with the Chris Bean Cup for the Premier XI player of the year. 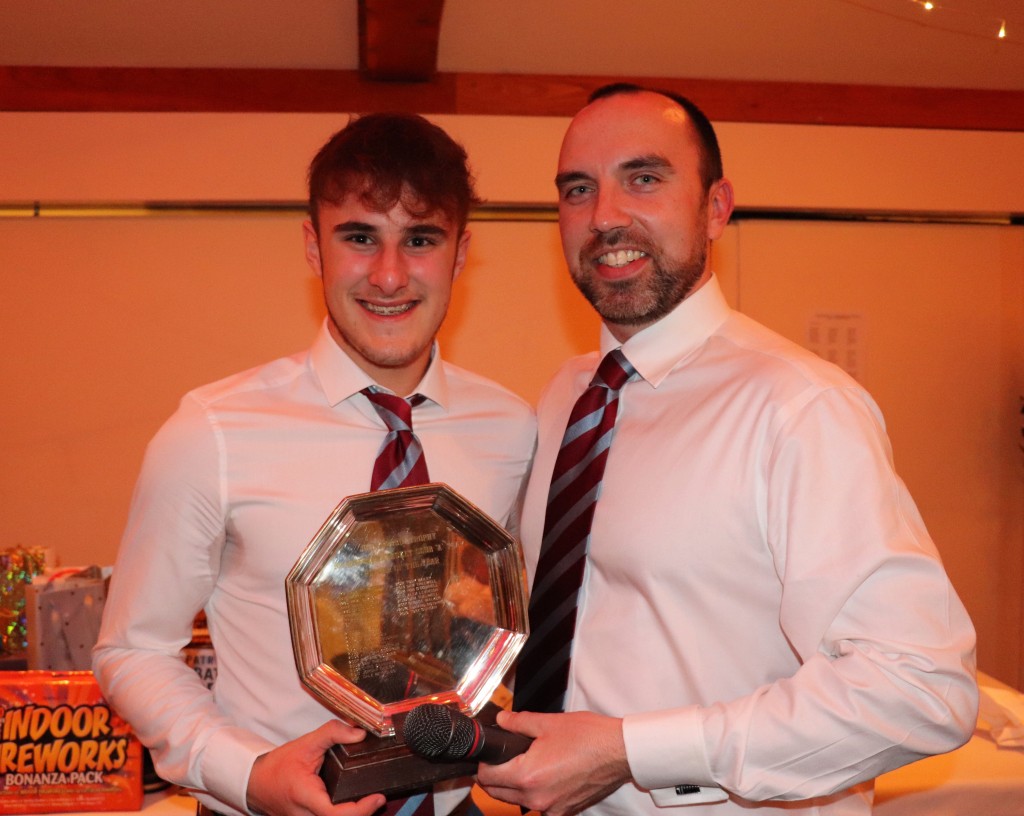 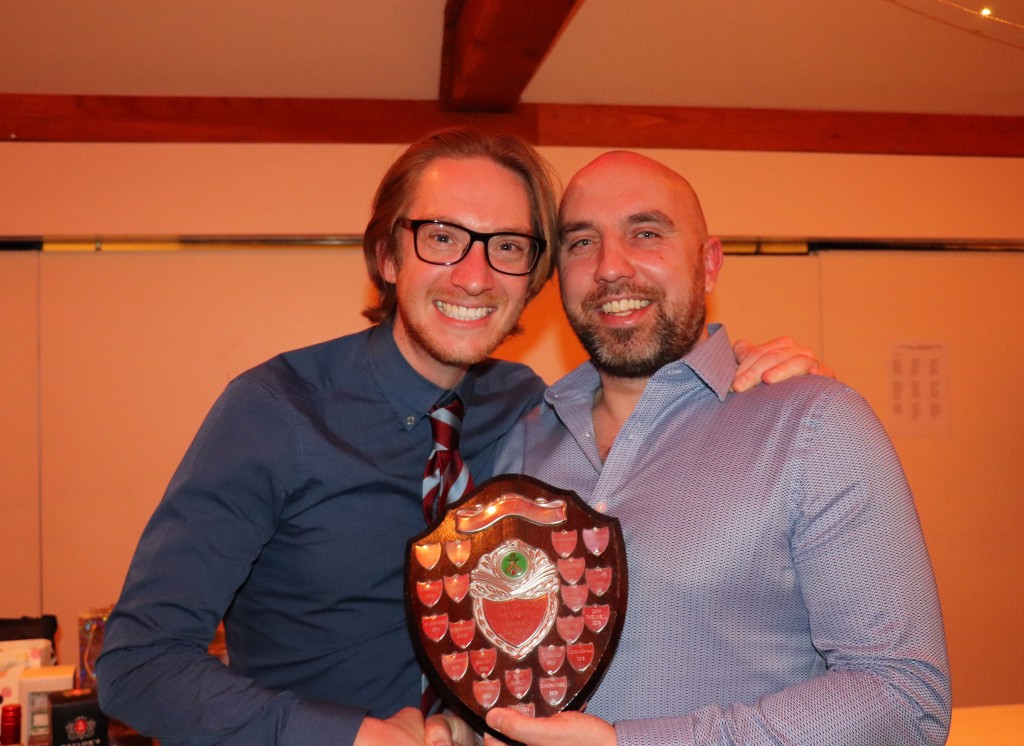 Captain Matt Hogg presents Sam Thelwell with the Bob Read Shield for A XI player of the year. 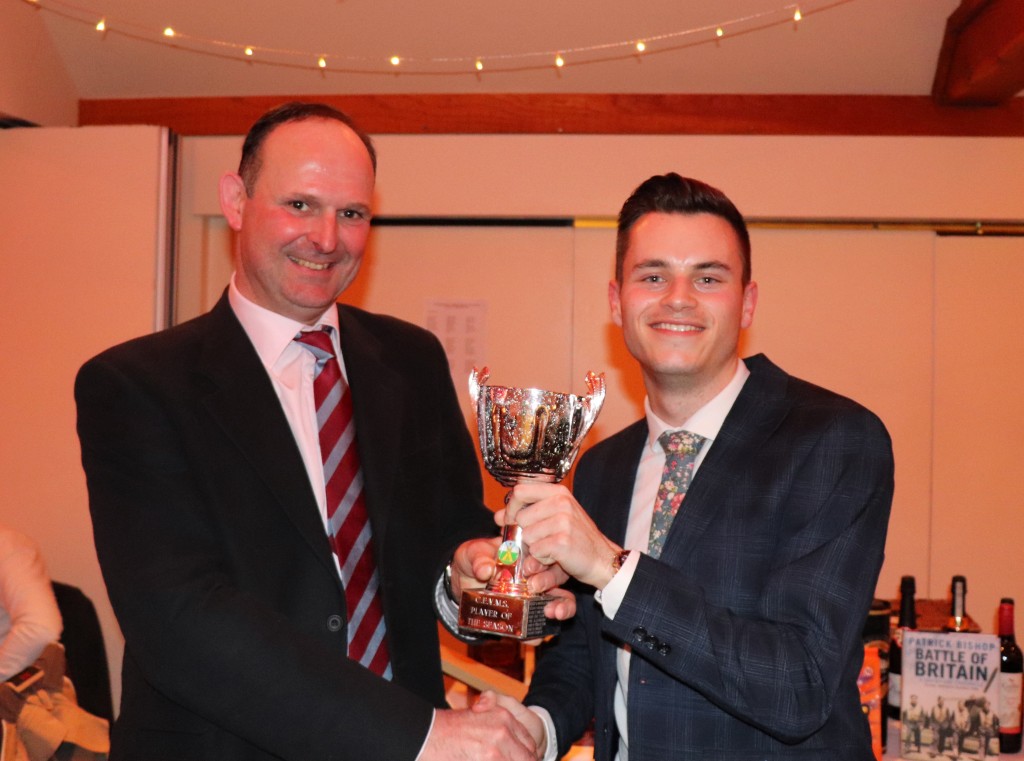 Captain Cameron Clarke presents Anthony Raywood with the CEYMS Trophy for the Swardeston CEYMS player of the year. 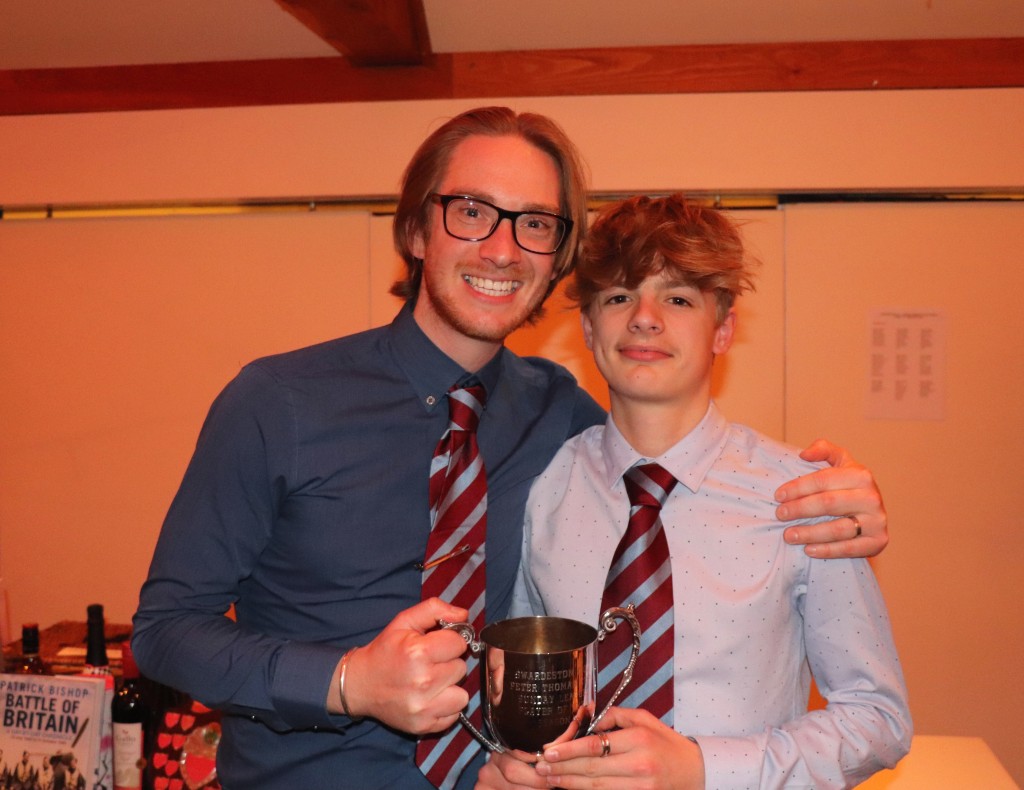 Charlie Barber picks up the Peter Thomas Trophy from captain Sam Thelwell as Swardeston Sunday player of the year.